Good day to discover the 50.5º of the velodrome, and as a fixie road on the slats.

Thanks to Bruxelles Big Brackets for giving me the opportunity to go with them and DECCA who organized the event and allowed us to enter the world of the track, by providing the bike, beer, massage… great! : D 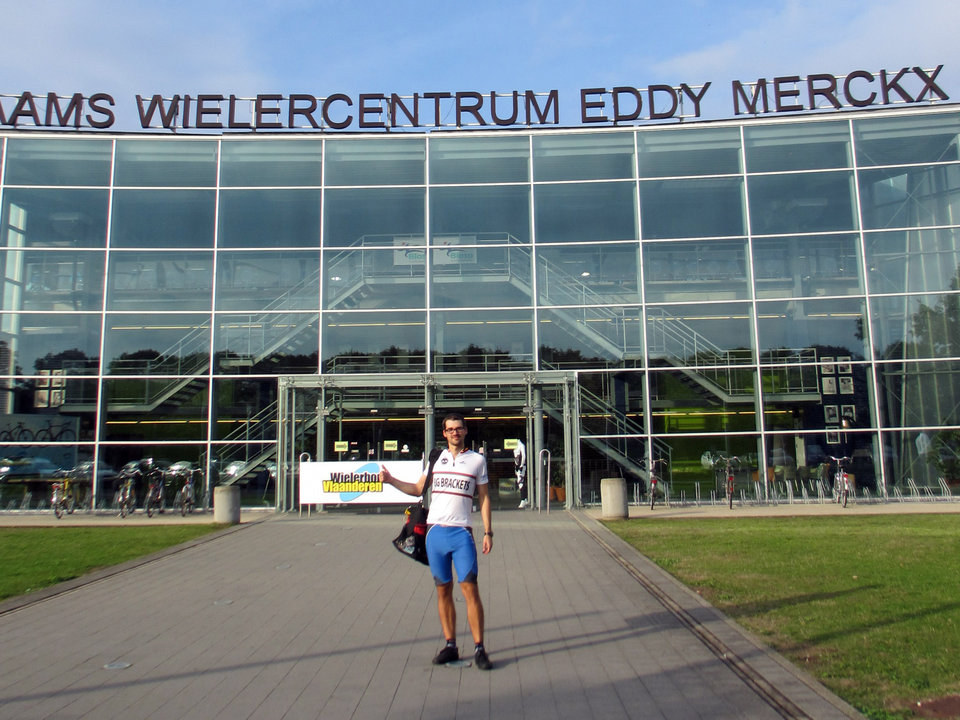 With a bike a bit too big and too far behind the saddle (I didn’t adjust the saddle correctly, I rode a bit long, and with little difference in the height with the handlebar), I road in two times. At first, an hour and then 1.15 more. I ended up with kidney pain. A lot of effort at the end.

The first hour I rode slower to warm up and get a feel of the track and be impressed by its slope.
Although I pushed a little hard some times, I never pushed too much, staying under 170 bpm. 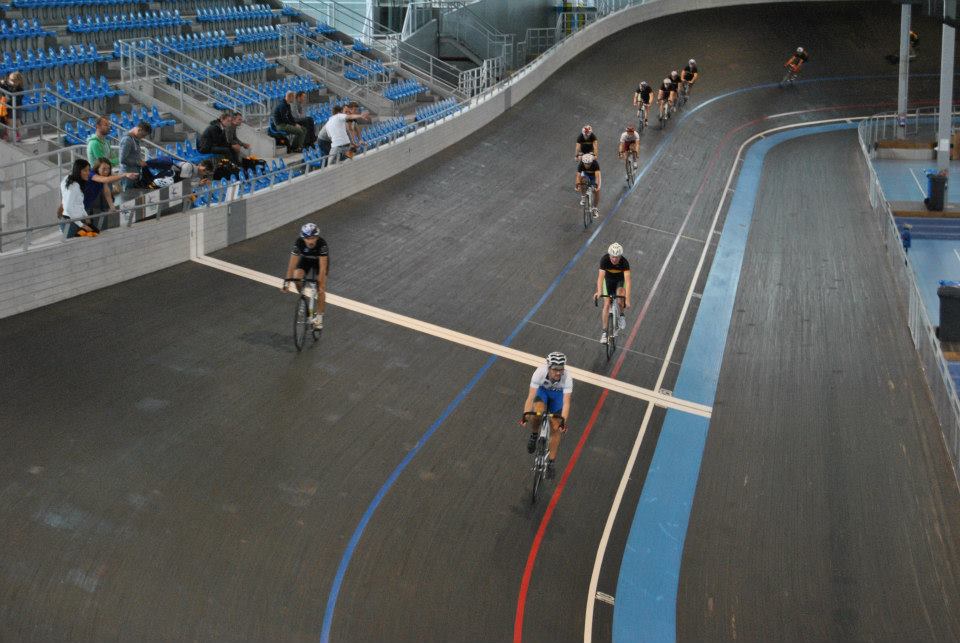 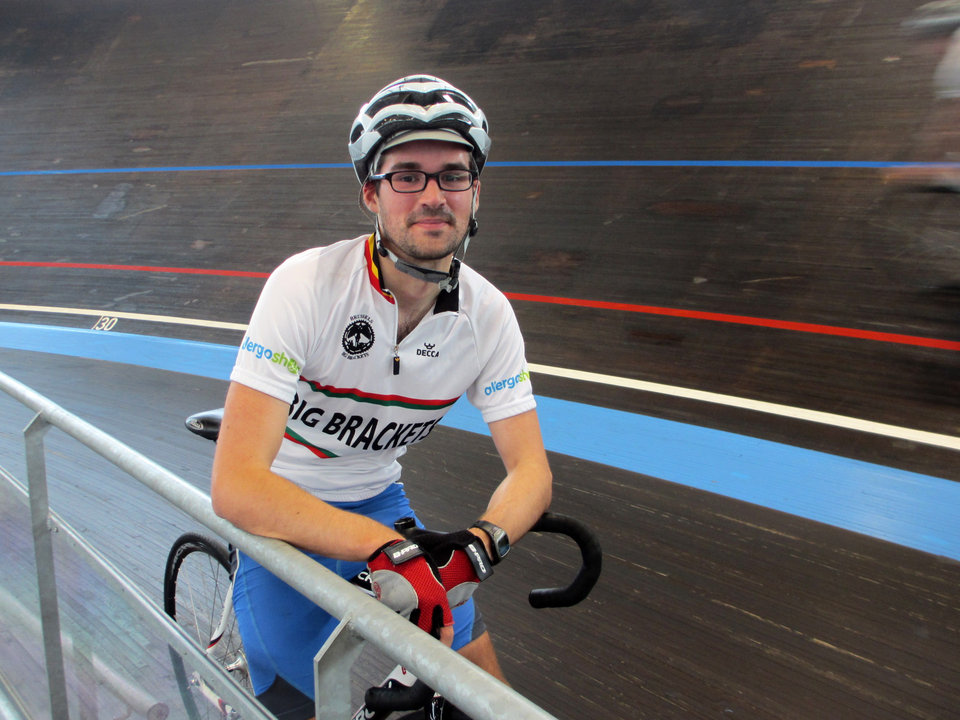 In the second part I came out stronger, I went from the start to150-170 bpm, and soon with Stephane’s help (an amateur tracker), I pushed more, and I rode at around 44 km/h, 188 bpm, it was hard. Although happy to stay there at this rate, on the edge of my limit for about 10 min, and after a short break I kept pushing, with sore legs, but feeling good.

The most striking experience while on the track is the feeling on curves, as the body and bike are caught on the corners of the centrifugal force.
Riding at a low speed you lose a lot in the curves, and it becomes like a little hill. With high speed and cadence, it becomes something less hard and doesn’t give the feeling of losing much speed.

It was a great experience and a good day of training. In a little more than two hours I rode almost 80 kms. The last hour and a quarter, at 41.7 km / h (I think, according to Stephane’s data). 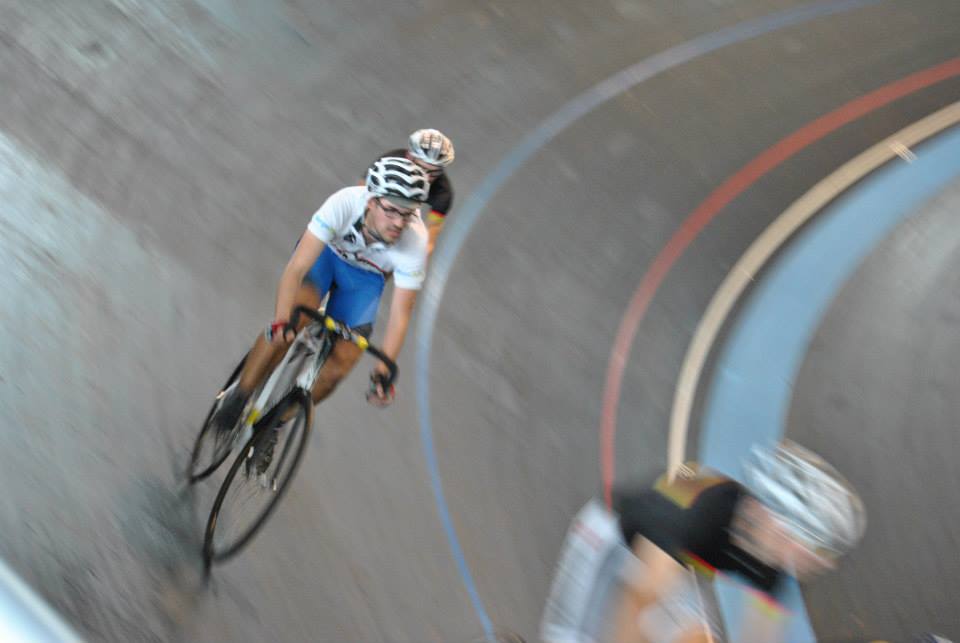 Being at the Eddy Merckx velodrome I remembered historical marks that have been made in World Hour Record over the years and the mark that made Eddy in 1972 (49,431 kms), that isn’t far behind thecurrent one (without bikes or aerodynamics accessories). 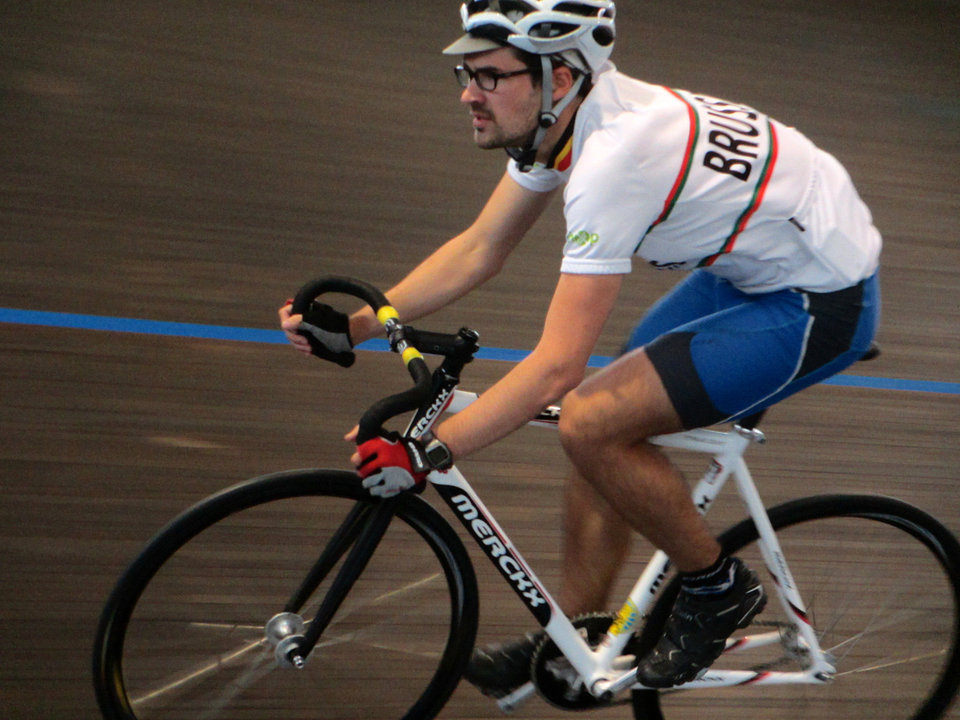